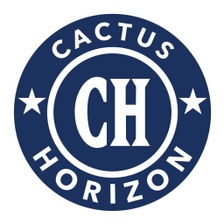 READ THE LATEST FROM LITTLE LEAGUE INTERNATIONAL REGARDING COVID-19

CHLL extendS the current suspension of league activities through May 11

As you may recall, on March 12th, Little League International issued a recommendation to all little leagues that league activities be suspended through April 6th, in an effort to curb the spread of COVID-19. Cactus Horizon adopted that recommendation.

Subsequently, Little League International issued a second recommendation, advising all little leagues to extend the suspension of league activities through May 11th. At the time that it was issued, Cactus Horizon elected not to immediately adopt this second recommendation, in the hopes that circumstances might improve to such an extent that a return to play could occur prior to May 11th. Unfortunately, that has not occurred.

Earlier this week Governor Ducey issued an executive order generally calling for residents to remain in their homes, except as necessary for essential activities, through April 30th. This executive order was soon adopted and echoed by the Paradise Valley Unified School District and the City of Scottsdale in their announcement that all baseball fields would be closed through April 30th.

Given the uncertainty with which Cactus Horizon is still faced, and the order and field closures that have come into place since my last email, Cactus Horizon has little choice but to now adopt Little League International’s second recommendation, and extend the current suspension of league activities through May 11, 2020.

At this time, Cactus Horizon is not canceling the spring season. Although we cannot know what will occur in the future, we are holding on to the hope that our players and coaches will be able to return to the baseball fields in the not-too-distant future.

We will continue to provide you updates as more information becomes available. In the meantime, please stay safe and play some catch.

CHLL - Suspension of League Activities Due to Coronavirus

Effective immediately, all practices, games, and other league activities are cancelled, and will not resume until at least April 6, 2020.  If Little League International revises its recommendation, or any new information otherwise becomes available, we will promptly provide an update.

I understand that some of you may view the suspension of league activities recommended by Little League International as an overreaction.  At present, we do not have a good understanding of the scope of the risks associated with COVID-19.  Until those risks are better understood, CHLL will take every reasonable opportunity to guard against the spread of this virus.  CHLL’s primary concern, at all times, is the safety and welfare of our players and families.  I hope that the fear currently surrounding COVID-19 ultimately proves to have been excessive, and that we are back to playing baseball on April 6th.

As you probably already appreciate, this is a very fluid situation.  Please monitor CHLL's website (https://cactushorizon.com) and Facebook page (https://www.facebook.com/cactushorizonlittleleague) for the most up-to-date information.